A guy I knew a few years ago could ride a unicycle whilst juggling 6 oranges . He said it was easy - although he admitted he had been riding unicyles for many years from when he was a teenager.

I tried it in 2 stages - first of all trying to ride a unicycle - that was very difficult and although I did manage to stay on a few times - I could not even juggle 2 oranges at the same time - even though I could juggle 4 or more when I was just focusing and concentrating on just that part and not trying to unicycle.

It reminds me of FX trading - yes so many say its just so simple - you buy when price is low and then sell when its high - and rinse and repeat every day or week or when ever.

Try another strategy - after all Trading is simple - there are loads of successful winning methods ??

You have spent all that time - and were's it got you ??

Why are you bothering ? what make you different to the 85 -90% of all traders over the last decade who have failed ?? very competitive - loved overcoming problems - finding "edges" both in business and in sport. I thought I would crack FX trading success easy within 2 years

Maybe if you asked the 85 or 90% of all traders who really just stopped and gave up after a year or two or even after 5 yrs - I am sure most would say - it beat me -its nearly impossible to make money out of FX trading consistently - I might be up several thousand pounds one month and then 2 months later its all gone - etc etc.

What I will say - it does get easier after many many thousands of trades and after you accept that even with a 70-% win record - you can still have 7+ losing consecutive trades and that unless you can control all your emotions and maybe be cold and calculated etc etc then it might not be for you.

Its a bit like a "drug" - you are so nearly there and things are going so well - and then it kicks you hard - in between your legs and it really hurts :-))

Basically - I did not trust or believe anyone and looked upon every vendor as devious - along with the Finance and Banking Industry being the most crooked and having the most clever cheating bar stewards possible. Yes I spent money on a few courses - and they really were a waste of time - but nobody over a decade ago was saying 85% + of all traders fail - they basically sold it as anyone with average intelligence and a few months or years can get there.

I wanted a method that worked everyday - in any market conditions  - and yes as far as I am concerned - I achieved it after many years and with the help of a few other experienced traders  - one of them being Sir Gissachance - who as you know as been trading for many decades.

When you do get there - is it all worthwhile ??

Am I making millions of dollars or pounds a year working from home now ? 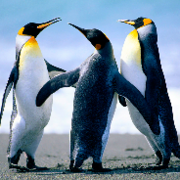 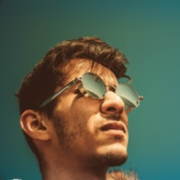